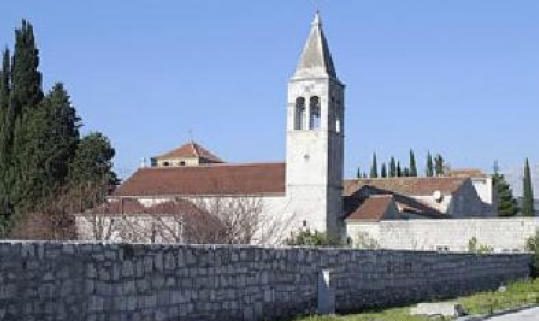 Located on the north side of the Split peninsula, in the Poljud cove of the Kaštelan bay. The Archbishop of Split, Paul, built a church of St. Mary of Poljud around the year 1020. Ever since the middle of the 11th century, the church was managed by the Benedictine monks of the Monastery of St. Stephen on Sustipan, and in the 15th century the Benedictine monks were allowed to build a Monastery next to the derelict church. In the 16th century a cloister was made with a square tower on the west side as a part of the defence complex protecting the church and the monastery from the Turkish invasion, and in the 18th century a bell tower was added leaning onto the south side of the church. Among other valuables in this extraordinary complex, an altar polyptych should be noted, part of which is the oldest known depiction of Split, an image made by a Venetian master Girolama de Santa Crocea in 1549 showing the city as it lays in the hands of its patron St. Domnius. Even more interesting is the rare depiction of the Islamic prophet Muhammad, whose character should not be shown according to Koran, on a painting by a Baroque painter Mihovil Luposignoli, as one of the 39 theologians debating over the Immaculate Conception of the Virgin Mary. 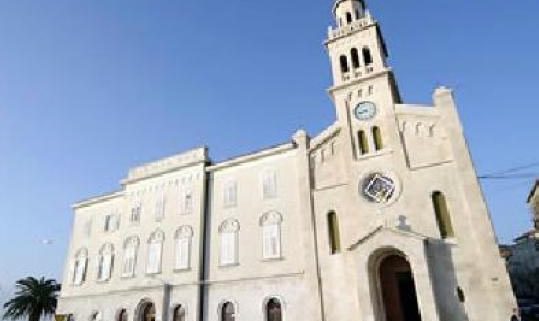 Church and Monastery of St. Francis

The Church and the Monastery of St Francis, located on the Western part of the Riva, were built on the old early Christian site, by the grave and a small Church of St Felix, martyr from the time of Diocletian. In the 13th century the Little brothers of St Francis inhabit the Church. From the Churche’s artwork the most valuable is the Gothic Crucifix painting by Blaž Juraj of Trogir from the beginning of the 15th century, and the sarcophagus depicting the Crossing over the Red sea, part of the sacral artwork from the Roman times. Next to the Church is a Franciscan monastery with a 13th century cloister and an opulent library with over 3000 books, among which even some from 16th century. In the Church and the Monastery are tombs of prominent citizens of Split, like the father of Croatian literature Marko Marulić and one of the greatest Croatian politicians Ante Trumbić whose sarcophagus is the work of Ivan Meštrović. 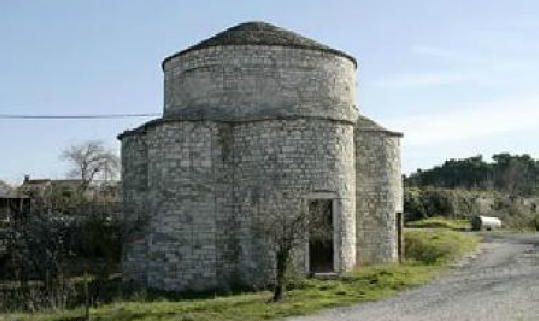 This small yet adorable church is situated in the Sutrojice part of Split, near the Poljud stadium and the Split shipyard. That early Medieval (early Croatian) architectural monument was built between the 8th and 11th century, as a six-foil type of building with semicircular arches lined around an irregular circle. The Church of the Holy Trinity has been added into the register of the most valuable Croatian Cultural Heritage, of the highest category. During restoration in 1948 remains of a building from an even earlier date have been found stretching towards the east, and several fragments of an altar partition have also been found whose arc represents an example of a pre Romanesque stone plastic art with geometric braided ornaments and carved text, exhibited today in the Museum of Croatian Archaeological Monuments in Split. 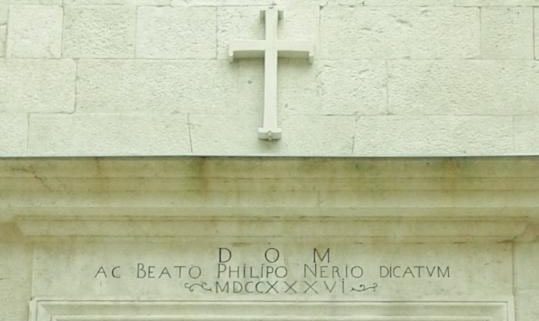 A clergyman of Split and a Bishop of Makarska, Nikola Bjanković, decided in 1672 to establish a Philippine congregation and build a church dedicated to St Philip Neri. On the site of the Papalić house, which was donated by the nobleman Frane Soppe Papalić, together with another two bought beside it, the building of the church began in 1679. Modest rectangular church was finished in the year 1680. 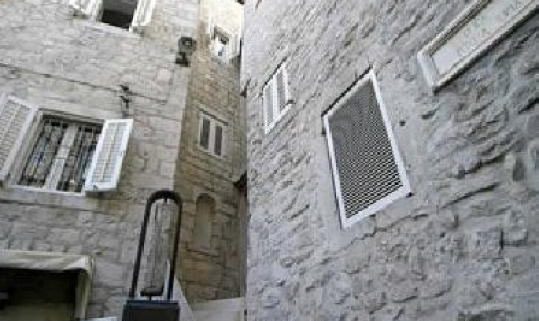 In the northern part of the Diocletian Palace, within the wall over the Golden Gate an early Christian Church of St Martin found its place. The Church today is a replica of an early Christian Church from the 6th century, with a pre-Romanesque altar partition from the 11th century. This smallest and one of the oldest churches in Split is only 1.64m wide and 10m long, and is considered the most preserved sacral monument of Antiquity. Its location was originally used as a passageway for the guards guarding the northern entrance to the Diocletian Palace.

Small Churches on the Marjan Hill

If there is anything determining Marjan, hill-symbol on the west side of the Split peninsula, just as much as its dense pine forest, countless trails and recreational facilities or the Medieval labirinth of Varoš, than that is a series of Marjan small churches and chapels. Built during the time when Marjan was a spiritual haven for the citizens of Split who expressed their faith by going on a pilgrimage to their holly hill, those sometimes miniature churches were one of the most important witnesses of the way life developed in Split. For those fond of taking nature walks, tour of this spiritual circle can be a great opportunity for sightseeing Marjan and enjoying the peace offered by this hill to the citizens of Split and their guests.